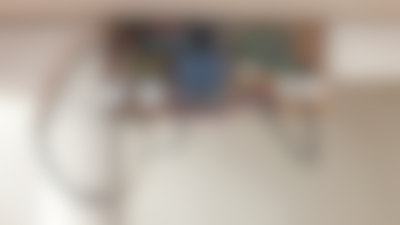 I wrote a scraper that polled Ikea’s website for stock at my local store, and picked one up as soon as they were available. The desk worked fine, but the controller was very basic and didn’t have height presets, so I decided to make my own.

I assumed the Ikea legs had some sort of sync unit and limit switches within them, and that I could just either side of the three-conductor controller wire in order to make the desk go up or down. This did not end up being the case, so I opened up the Ikea controller module and found a small PCB within it.

To interface with this PCB as non-destructively as possible, I made a replacement for the original button’s ribbon wire out of plastic, flexible adhesive, and wires that I attached to a screw terminal. The screw terminal is connected to a bank of two relays for software control, and a 3.5mm headphone jack for pluggable hardware control in the event that the software isn’t working.

The relays are connected to a Raspberry Pi running basic controller software I wrote in Python and Node.js. Feedback from an ultrasonic sensor reports the desk’s height, and the relays make it go up or down. Both the Pi and controller assembly are attached to the desk with neodymium magnets1 so they’re easy to remove and debug whenever the need arises.

For software control, I made a series of Alfred2 shortcuts on my Mac that send requests to the desk’s API. For hardware control, I wired up a SPDT3 on-off-on toggle switch. The first relay is wired so that the NC side closes the common wire of the toggle switch, meaning when the relay is off, the hardware control is enabled. When the first relay is on, the hardware control is disabled, and power is passed to the second relay, where the NC4 state makes the desk go up, and closing NO5 makes it go down. This configuration ensures that no combination of simulatneous hardware and software input will result in both up and down commands being sent to the motor controller at the same time, which could cause a short.

At one point I wrote a wrapper for the desk’s API and opened it up to the internet during a meeting with my team at Black Pixel. This allowed my coworkers to control the desk’s height using slash commands in Slack. This was not one of my better ideas, but made for a memorable meeting (for me anyway).